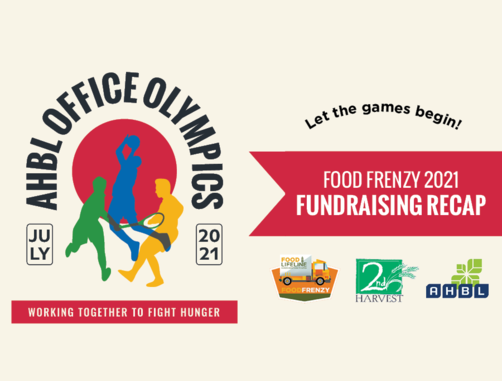 Now in our 12th year of participating in Food Lifeline's annual Food Frenzy fundraiser, we rallied behind our respective “countries” to fundraise and participate in Office Olympics-themed games during our Food Frenzy closing ceremonies. 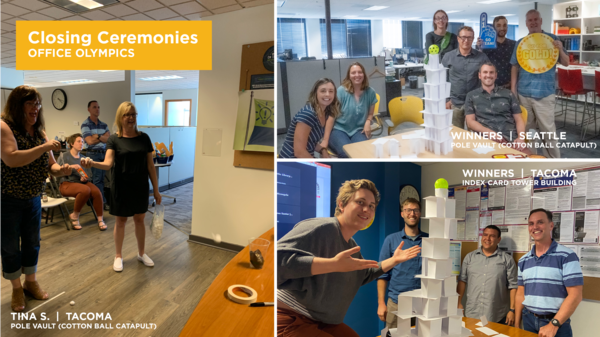 In total, AHBL employees raised more than $6,300 for Food Lifeline and 2nd Harvest, an Eastern Washington non-profit. Thank you to all those who helped us make a difference in our communities.

If you would like to learn more about Food Lifeline, please visit https://foodlifeline.org/.