A Mentor to Many: Past President and Principal Engineer, Doreen Gavin, to Retire 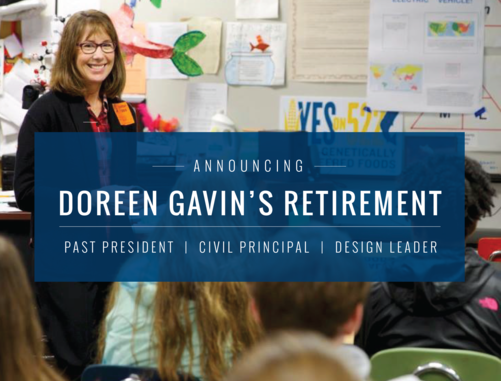 Doreen Gavin has been deeply rooted in the Pacific Northwest’s built environment community and the AHBL family for decades. Doreen graduated from Gonzaga University in 1981 with a Bachelor of Science in Civil Engineering and began her professional career shortly after.  She and her husband to be, Chris, moved to the Seattle area in 1981 where Doreen worked for the U.S. Army Corps of Engineers (USACE), Seattle City Light, and Northwest Hydraulic Consultants (NHC). Doreen joined AHBL as a civil engineer in 1990, a few months before the birth of her second child. She quickly established herself with community-centered work, especially academic, civic, and healthcare. In less than nine years Doreen became AHBL’s first female partner. 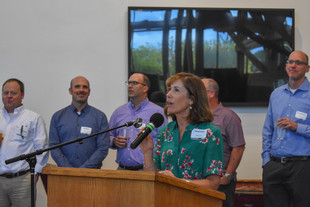 AHBL’s shareholders elected Doreen president of the firm in 2013, during the tail-end of the economic downturn. She helped to accelerate AHBL’s recovery and prioritized investing in employees. She mentored project managers, increased internal transparency, and promoted diversity in hiring. During her tenure as president, Doreen and her partners grew the firm from approximately 80 personnel to 140, defined the firm’s core values, and emphasized community giving and volunteerism.

Doreen was an early adopter of sustainable design practices, becoming AHBL’s first employee to receive LEED accreditation. Many of her projects have received LEED Gold or Platinum certification, including Tacoma’s Center for Urban Waters. In recent years, Doreen has focused on climate resilience, spending much of her time on stormwater retrofits and regional facilities for municipalities like the City of Kirkland, Marysville, and Thurston County. She is regarded for her expertise on low-impact design.

Doreen’s design work ranges widely in scale and diversity. She is proud of her design contributions to the greater Puget Sound community and is especially grateful for the friendships with clients she made along the way. Her work with the City of Tacoma on Pacific Avenue helped to revive the City’s downtown corridor while innovatively managing stormwater, and her work with Pierce County on the Chamber’s Bay golf course, and the adjacent trail, parks, and facilities turned an abandoned site into an oasis for active and passive recreation. Doreen has appreciated the loyalty and friendship of her clients, including the staff from school districts like Central Kitsap, Franklin Pierce, and Tacoma. 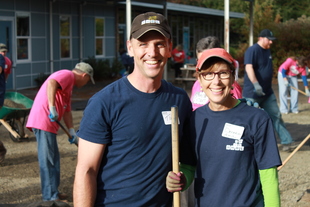 Doreen looks forward to entering full retirement in January 2022 with plans to travel the world with her husband. She wants to thank the AHBL family and her incredible clients for the opportunities and support they have given her. If you would like to send a message of congratulations or to share your favorite memory of working with her, please visit Kudoboard.